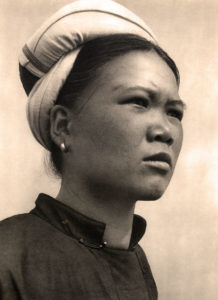 Vietnam has waged a long struggle to fend off foreign invaders — Chinese dynasties and warlords dominated the country for the best part of 1,000 years, French colonial rule lasted for nearly a century, and U.S. troops spent years fighting there during the two-decade-long Vietnam War.

Now, though, Vietnam faces a new wave of outsiders. Instead of waving swords, they wave hello. And instead of shooting rifles, they shoot selfies. Last year, the country welcomed a record 15.5 million foreign tourists and is likely to receive 18 million this year, according to the United Nations World Tourism Organization. Domestic tourism is also booming, up from 72 million visits in 2017 to 80 million last year.

The Vietnamese government, which in 2011 implemented a strategy to develop tourism as a major driver of economic growth, is pleased. Last year tourism receipts totaled $26.5 billion, according to the Vietnam National Administration of Tourism.

But many locals do not share the government’s exuberance, pointing to pressure on infrastructure, widespread environmental damage and cultural decay. Ho Chi Minh City, the country’s most popular destination, with 36.5 million visitors per year including domestic travelers, featured alongside Jakarta and Bangkok in a recent report by the World Travel & Tourism Council on 20 global cities poorly positioned to manage their tourism booms.

Vietnam’s largest island, Phu Quoc, in the Gulf of Thailand, has only 100,000 permanent residents. Last year it attracted 4 million tourists on the back of new hotels and resorts that now front all 20 of its beaches. In Nha Trang and Da Nang, central coastal cities popular among Chinese tourists, local guides complain about being squeezed out by Chinese tour leaders working illegally. And in the mountainous northwest, the once tranquil hillside resort of Sapa has been transformed into a noisy, dusty city.

Last year, Deputy Prime Minister Trinh Dinh Dung warned the real-estate sector to be wary of the construction boom. According to STR, an analyst for the global hospitality sector, nearly 30,000 hotel rooms are under construction — almost 30% more than at the comparable time last year. And thousands more are being built without permits.

“I removed Sapa from our northwest tours from 2012 because of all the construction and the cable car up to the top of Mount Fansipan (Vietnam’s highest peak) that attracts thousands of tourists every day,” said Tuan Nguyen of MotoTours Asia, a Hanoi-based BMW motorbike touring company. “The government is responsible because it doesn’t enforce regulations. We pay for an international tour operator license every year, but anyone in Sapa can open a hotel or tour company without a license. It’s unfair.”

A seven-story hotel and restaurant recently built on a prime vantage point overlooking Ma Pi Leng, an iconic 1,200-meter-high mountain pass on the Dong Van Karst Plateau in the country’s northeast, offers a textbook example. Despite acknowledging that the hotel was built on land zoned for agricultural use, Nguyen Cuong, chairman of Meo Vac District, says the hotel has his administration’s backing.

“The district has wanted to invest in an observation deck for a long time but we were short on cash,” he told Tuoi Tre, a local news site. “So when a private investor showed interest in the project, we wanted to be as welcoming as we could and didn’t have time to go through with all the paperwork.”

Other districts are taking a more conciliatory stance by balancing the needs of conservation and development. In Muong Phang, a picturesque village in Dien Bien Phu Province, home to members of the Tai hill tribe, all new buildings must adhere to traditional wooden styles.

“This village is beautiful and attracts lots of Vietnamese tourists because it’s close to the underground headquarters of General [Vo Nguyen] Giap, the independence hero who defeated the French in 1954,” said Vudinh Loi, director of the local tourism development office.

“We are concerned over what has taken place in Sapa,” Loi said. “Many tourists won’t go there anymore because of all of the building. To prevent the same happening here, we held a meeting with the locals and asked them to sign an agreement that states if they open a hotel or restaurant, it must be built in the original style. That way, the next generation can keep their traditions.”

With dramatic limestone karsts that rise from jade-green water, the World Heritage-listed site of Ha Long Bay is the most iconic destination in Vietnam and the most threatened by over-tourism. Last year, 7 million people visited the region. But with the recent opening of an international airport and an international cruise terminal on the coast, the tourist department predicts that visitor numbers will jump to 16 million by 2021.

The strain on the delicate marine environment is already obvious. During a half-hour kayak trip, I fished two garbage bags of plastic and plastic foam from the bay. TripAdvisor, a leading peer-to-peer travel advisory, is littered with comments about dirty water and floating waste. But according to the International Union for Conservation of Nature, most of the pollution in Ha Long Bay is generated by hundreds of tourists boats that plow the bay every day — around half of which operate unlicensed.

To combat the threat, the IUCN wants Vietnam to require all tourist boats in the bay to install wastewater treatment systems — and to encourage the dispersal of boats to more remote parts of the bay.

Nguen Van Cuong of Cat Ba Sailing Junk has been doing both of those things for 25 years. His company’s four handmade wooden junks collect their sewage in septic tanks — a low-tech solution that avoids dumping at sea. And his junks spend most of their time cruising around Lan Ha Bay, an adjoining archipelago to the south that few foreign tourists are aware of. “Lan Ha is even more beautiful than Ha Long,” Nguen said. “And there are less big boats.”

Le Manh Kien, a Cat Ba Island local, spent his 20s working as a guide on the mainland for sustainably focused companies before returning in 2012 to manage Cat Ba Eco Lodge, a property his parents built in a lush green valley surrounded by mountaintops. The moment he arrived, he began making changes, putting environmentally friendly soap and shampoo dispensers in the rooms, replacing plastic straws with bamboo and introducing free water-bottle refills.

Le has also built a series of architecturally designed A-frame chalets that blend seamlessly with the woods. “We have 18 rooms,” he said. “I could add 10 or 20 more but I want things to remain quiet. When you have too many people, it feels like a resort.”

Le is also helping clean up the ocean. Every Sunday, he offers free kayak rentals to anyone who volunteers to use their time on the water collecting plastic waste. “The biggest problem we’re facing in this part of Vietnam is the degradation of the natural environment from over-tourism,” Le said. “And if the government continues to do nothing, tourists will not come back after their first visit.”

“That’s the core of a profitable tourism industry — people falling in love with a place and telling everyone why they keep coming back, not warning them to stay away.”